May 30, 2013
For a couple days only half of the 8th grade (about 100 students) were here at Parker Middle School while the rest traveled on a school trip.  Four subject area teachers had to come up with a way to keep them busy, happy, and learning. 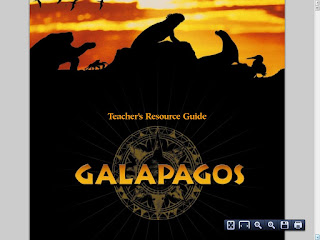 Day 1:
In preparation for the film our students learned about natural selection, island formation through volcanic eruptions, and scientific poetry.  In my class they were tracking the survival of animals with various adaptations (paper dots of different colors) based on the success of predators (students picking up as many dots as they could spot within 30 seconds) in various environments (wrapping paper of differing patterns as backgrounds for the dots to hide).  We even simulated population increases with each generation by allowing surviving dots to multiply before another round of predators got their chance to collect dots again.  They discovered that some adaptations allowed animals to thrive in some environments while they died out quickly in others: survival of the fittest.

Voila!  I was a history teacher teaching science!

Other teachers had students design scale maps of the Galapagos Islands so they could learn their geography and topography, watch food coloring flow through water to learn about ocean currents that carry warm and cold water, and write poetry about the behavior they observed of certain insects.

Day 2:
Our students were introduce to the Ultimate Animal Competition in the morning.

They had to research the environments that exist in the Galapagos through websites like Cornell University's Galapagos Geology on the Web and the Galapagos Conservancy. 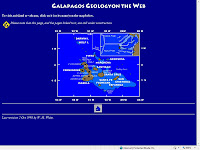 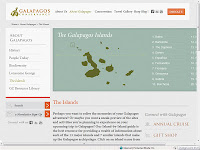 Then they had to research the vast array of animals on the Galapagos Islands through websites like the Charles Darwin Foundation and National Geographic. 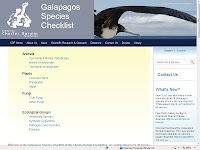 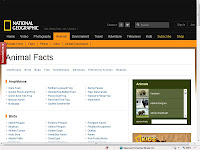 Halfway through the day we went to see the movie at the IMAX.  There were other groups there from other schools, of course, but our students had the background information to understand the significance of the different shapes of the giant tortoise shells and the importance of the webbed feet of the marine iguanas shown and discussed on the film.  Our group was the largest in the theater, but was also the quietest and most interested in the film.

When we returned to the school from the theater it was time to get down to business drawing and explaining their ultimate animals!  In order to qualify for the bracket competition later in the day their animals had to:

Here are the results.


So, yes, I agree that the animals are largely implausible and the explanations of their adaptations were quite humorous.  But they learned the science of natural selection and the isolated environment of the Galapagos.  To prove this, here are a few quotes I heard from groups as they worked:
Not bad for a handful of NOT science teachers.
Galapagos interdisciplinary