Students Connect to History with EdTech

Every history teacher I've ever worked with has espoused the pedagogical principle that it is essential to make historical events and lessons relevant to our students' lives.  I firmly believe that the integration of the technology that students are already using makes that easier than ever.  Here are a couple of examples from my classroom that could easily transfer to other topics and other classrooms:

The Power of Inspiration: Online Research


Transcendentalism is a social and literary movement that we've all studied in our high school days. My students sometimes moan when I announce this particular topic because often they've read the literature in the English classes and claim they already know it.  Historically, the movement has it's own significance beyond the literature.  In fact, the influence of transcendentalists like Ralph Waldo Emerson and Henry David Thoreau on some of the greatest social movers and shakers in the past few decades is almost tangible.  Rather than just tell my students, I had them investigate for themselves. During the first week of school we spent significant time on research skills using in part a Google a Day for search strategies and SHEG for source evaluation, so I know they had the ability to find reliable sources and compelling images to represent their ideas.

I had students look up reformers they are familiar with from their own lives and experiences: Dr. Martin Luther King, Jr., Nelson Mandela,  and Mahatma Gandhi for example.  They had to find images and examples of choices and actions taken by these incredible reformers of our time and find out how they were influenced by the ideas of Transcendentalists.  As a reference they primarily used Thoreau's "Resistance to Civil Government".

The results were powerful. Students were holding up iPad screens with inspirational quotes and photos of each of these men.  They had passion in their voices as they explained the major change that was inspired by the reformers' words and actions and how the philosophy of Thoreau, a man who lived more than 100 years before, influenced them.  I could have lectured or showed them images and videos at the front of the room.  But, because they discovered it for themselves in the form of online articles, rich images, and even video footage they felt more connected to the ideas. They also told me they had a realization that mere words can cause great change. I am confident my students' words will cause great change someday as well.

The Power of Community: Socrative


Our local history includes a study of the Puritans of Massachusetts Bay Colony. A determined and dedicated bunch, they made a great trek across the Atlantic in search of religious freedom and an ideal community.  Perhaps their values are best represented in John Winthrop's City Upon a Hill sermon. After we read and analyzed the text together, I asked my 9th graders to consider their own community. How realistic were Winthrop's goals? With enough determination, were they possible for the Puritans to achieve?  Now these are deep questions that ask students to think about their own faith in human beings. I was asking them how much they trust themselves and their friends to be selfless for the good of all.  When we ask these tough questions, we want our students to be honest, but we need to make them feel safe to express themselves.

Socrative was a perfect solution. Students were able to answer the questions anonymously and therefore honestly. But then I could display all answers on screen at the front of the room to stimulate discussion. Some were idealistic and believed that a perpetually fraternal society was possible.  Others were more skeptical and had doubts that such ideals could be maintained in the real world.  The mix of anonymity and honesty that Socrative provided led to a great discussion about how our own school community functions and how the educators and students could work together to improve it.


In both of these cases that occurred recently in my history classroom, technology provided a gateway for students to connect history to their lives.  Without the technology, the learning would not have been as deep.  I know there are more examples out there. Share yours.

How to Get Organized for the New Year

Check out my latest post with the Smarter Schools Project.  It highlights great tech tools my students use all the time to keep everything at school organized and accessible.
.

Tech tools and strategies included in the post are: 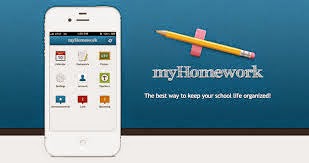