Showing posts from October, 2015
Show all

Going Paperless Isn't About the (Lack of) Paper 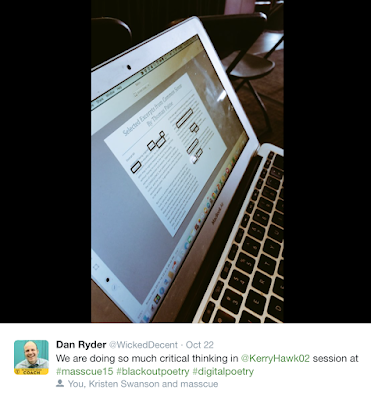 There is both excitement and criticism around the paperless classroom movement. Both camps have good intentions, but neither is focused on the right thing. It isn't about paper, or the lack of paper. It is about what the tech makes possible when learners push themselves to get creative. For my students and I, "paperless" was not a hard and fast rule. It didn't mean that anyone was forbidden from using paper. It just meant that we explored all possibilities, including paper, when determining the best route. Most of the time, we found the best learning experiences occurred when we were collaborating, producing, and sharing using paperless means. What Does "Paperless" Really Mean? Paperless means better questions ( Grant Wiggins style ). Paperless means less textbook and more open education resources (OER). Paperless means learning activities (not lessons). At the MassCUE 2015 conference this week I had the opportunity to share this model with a ro
Post a Comment
Read more

Digital Citizenship Week is a Call to Action

Click here to see the DigCitSummit website. I had the opportunity to present and participate in the first Digital Citizenship Summit on October 3. As a teacher who believes in the power of technology for teaching and learning, I know that students, schools, parents and policy-makers need to work together so that we are using the tools to make positive change. If you haven't yet, this week is the time to take action. Reflecting on the Past and Planning the Future At the Summit I was able to learn from other speakers who included impressive digital citizenship thought-leaders from multiple perspectives: students, parents, industry leaders, psychologists, educators, and more. They are already taking action in their areas of expertise, but the summit brought us all together.  The founders, Marialice Curran and David Ryan Polgar are already taking action themselves and are promising another summit next year that will be bigger and include more student voice. Click here t
Post a Comment
Read more 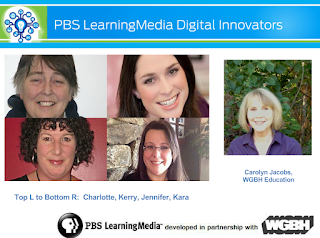 Educators who are already connected via social media and open education resources (OER) know how empowering it can be to have a network of peers, experts, and high quality resources available to them and their students. Some teachers want to experience the same benefit, but either aren't sure where to get started, or have been overwhelmed by social media before and are hesitant to go back. Getting Started But getting started on social media can be intimidating. Too often I have heard fellow educators say, "I joined Twitter, but I didn't really get it right away so I haven't used it." Coming Back Sometimes, educators dive right into social media for professional networking. But soon they are overwhelmed by the people and resources and aren't sure how to curate it all in a way that is helpful for their teaching and their students' learning. Some Solutions The Massachusetts PBS LearningMedia Digital Innovators came together last week for a webina
Post a Comment
Read more 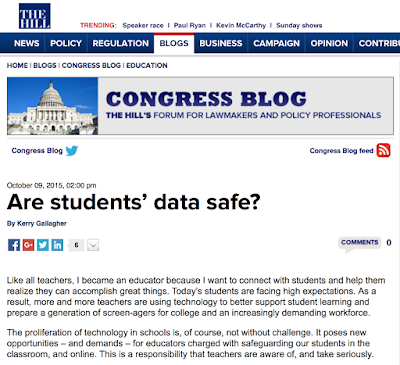 On Friday, The Hill again published one of my op-eds on the role of technology and the importance balance with student data privacy that continues to be discussed by policy-makers, parents, students, and educators. In this article, I encourage interested parties to engage teachers and school and district administrators in the discussion. They will find out how students' privacy is being safeguarded, while students are still benefiting from utilizing powerful technologies in the classroom. Click here to read the full op-ed.
Post a Comment
Read more

The Role of Technology in Today's Classrooms

In June I had the opportunity to be on a panel at the U.S. Capitol . Not only was the setting impressive, I was there with some seriously high caliber educators to talk about how mobile devices and technology have changed the way our students are learning. Daisy Dyer Duerr shared how bringing a BYOD initiative to her rural Arkansas school increased both student engagement and attendance. Milt Bryant described his classroom where students are always working collaboratively, hands-on, and at a pace that personalizes their learning. I wrote and posted about it back in June. The first post was a reflection on my paperless classroom. The second was a reflection on what I learned from fellow panelists. I'm still learning from them thanks to the power of my personal learning network. Today, Smarter Schools Project released a video highlighting some of the insights from that day. I'm honored to be a part of it! Looking for inspiration? It is worth two and half minutes of your
Post a Comment
Read more

Get to What Really Matters 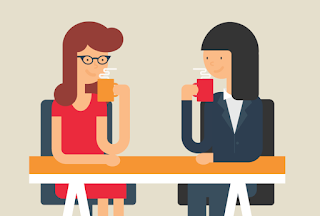 Click here to see my guest post for Voxer. When it comes down to it, we humans crave real relationships. This is true within our families, with friendships, and with professional networking. When building a professional network far beyond the workplace, social media can be a powerful tool. The past few months I've been involved in a few projects meant to get the word out to teachers that social media can get them connected to like-minded positive colleagues near and far. Educators can find inspiration for innovative teaching practices, technology integration, and can even reach out to experts and authors on their students' behalf. The summer Larry Magid and I co-authored The Educator's Guide to Social Media , which was published by ConnectSafely , to help teachers and administrators understand how to navigate online communication using these powerful tools. One of the services mentioned in the guide is Voxer . This is how they describe themselves: After
Post a Comment
Read more

How Schools Can Create Positive Classrooms with BYOD or 1:1 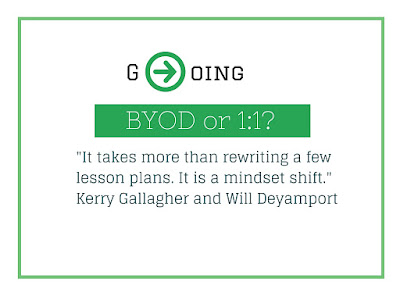 Author's Note: This post was co-authored with my dear friend Dr. Will Deyamport . We brought our shared experiences in 1:1 and BYOD environments together in this article. Our hope is to share best practices for transforming teaching, learning and the overall mindset in schools that have gone digital. When a school, or even a district, decides to roll out a BYOD or 1:1 program there are many complicated factors to consider. The job of an Instructional Technologist, as in Dr. Will Deyamport , or a Digital Learning Specialist, as in Kerry Gallagher , is to prepare teachers for the implications these powerful devices will have on their classrooms, lesson plans, and their students’ learning experiences. It takes more than rewriting a few lesson plans. It is a mindset shift. Based on our own experiences in our own schools, from Mississippi to Massachusetts, here are our best practices for professional development in a BYOD or 1:1 school. Digital Citizenship Integration - K
Post a Comment
Read more

I'm thrilled to share that, as of October 1, 2015 I have officially joined the ConnectSafely team, led by  CEO Larry Magid , as Director of K-12 Education . After working closely with Larry and his team to write, edit, and publish The Educator's Guide to Social Media this summer, I continue to be impressed with how current ConnectSafely stays when it comes to the latest developments in technology, policy, and social media in order to keep parents and communities informed. I hope to help the team grow in the K-12 space and am looking forward to being a part of Safer Internet Day in February 2016 in Los Angeles. The official  announcement was made on the ConnectSafely website and the press release follows. Palo Alto, CA, (October 1, 2015) – ConnectSafely is pleased to announce the appointment of Kerry Gallagher as Director of K-12 Education. This is a part-time position for Kerry, who continues to serve as Technology Integration Specialist at St. John’s Prep in Danvers, M
Post a Comment
Read more
More posts