Showing posts from July, 2013
Show all

An Empire Built With Greed and Sacrifice 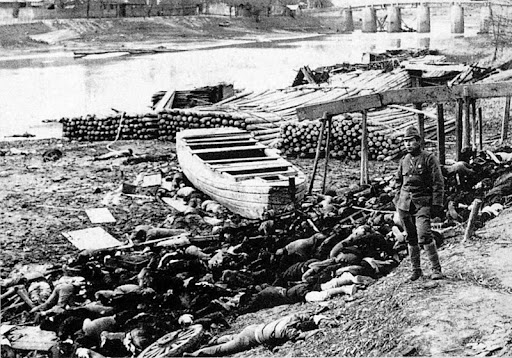 Risk and sacrifice are essential if one is going to make great changes within a short period of time.  When Japan was forced to thrust open its doors to western powers in the mid-nineteenth century, the Japanese people had a choice: to succumb to foreign influence or to refuse to lose themselves and to push back. They pushed back. But risk and sacrifice had to be a part of the energy behind that push.  There are many groups that gave of themselves to make it possible, but the group that stood out to me was women.  The victimization of women is an important part of history, but it is incredibly difficult to teach to teenagers in a sensitive but realistic way is a challenge that history teachers must face. Background Information For more information on the history behind Japan's journey from a private mysterious samurai culture filled with tradition to a technologically advanced world power that bombed Pearl Harbor, check out these resources: Imperial Japan: 1894-194
Post a Comment
Read more

Human beings tend to either fear what they don't understand or to make their own far-fetched assumptions. In 18th and 19th centuries, this was certainly true between Americans and Japanese.  Some of the interpretations of the culture and people across the Pacific are comical.  The best way to help our students understand this historical perspective is through the eyes of the people who were living at the time.  Visual primary sources are the go-to resource.  All of the primary source images in this post are from John W. Dower's essay "Black Ships and Samurai" on MIT's Visualizing Cultures database . Historical Perspective I love these simple charts from The Historical Thinking Project . Both would be helpful when implementing this lesson. The first helps students to put aside their modern bias because they have grown up in a time of instant communication and technological fashion. The second helps students compare historical perspectives that are at odds w
1 comment
Read more

From Decades of War to Decadence for Warriors 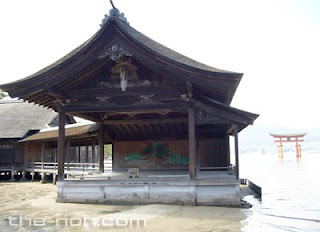 Tokugawa Ieyasu truly was the ultimate warrior.  He was able to unite Japan in the early 1600s after decades upon decades of fighting between competing warlords.  He did this with a combination of strategic alliances, patient planning, and fierce loyalty to his family name.  Ieyasu's rise to power was his life's work and he built a military empire that was meant to last with strict structures and social classes in place. Government and Social Hierarchy The Tokugawa shogunate was a huge bureacracy , but unlike the inefficient double-dipping politicians we think of when bureaucracy is mentioned in the present day, the Tokugawa regime had a clear system of authority and everyone knew their role.  Most never questioned the authority of the shogun.  Society was divided into 5 classes, with the two at the top being of samurai stock and education.  Ieyasu himself defined the levels of society best as documented in the early seventeenth century : …the  true  master  of  the  way
2 comments
Read more
More posts