April 08, 2011
How can I turn my history students into detectives?
One of the most valuable skills we can teach our history students is to use evidence from the past to develop their own opinions about historical events.  One popular program that many high schools use is the DBQ Project.  Students use textual and visual primary and secondary scholarly sources to answer a question.  For example, my sophomores recently had a class debate based in the evidence from the DBQ entitled "North or South: Who Killed Reconstruction?" Essentially, students use evidence from experts and first-hand witnesses to solve problems, just like a detective would.  The program has a fabulous reputation and student essays that result are well-thought-out and evidence-based.  Unfortunately, one small pitfall of the program is that it requires a lot of paper and not much technology.

Why not combine technology with historical evidence analysis?
I found a great website that enables student to do the same kind of analysis in a webquest style environment.  Surprisingly, students are more enthusiastic about the same tasks when they can simply use a computer instead of doing the writing out with pencil and paper.  Historical Scene Investigation puts famous dilemmas from history into "case files" and asks students to solve the mysteries.  Students analyze primary sources, similarly to the DBQ Project, but the entire task can be done online. 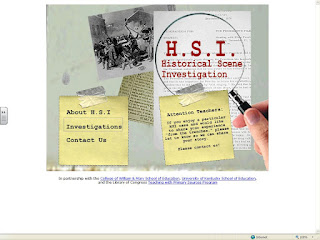 Recently, my freshmen were finishing up their unit on the causes of the American Revolution.  As a review of some of the events, we spent two class periods in the computer lab where they chose to work on one of two case files:

How should I introduce the website and assignment?
To introduce the assignment, I also used technology.  I used the SMART Recorder program, part of the SMART Technologies suite of software that comes with my SMART Board, to create an instructional video.  Students watched it in class, and, if they ever got confused during the process of completing the work in class or at home, they could reference the video anytime since it was posted on our class website.
What kinds of documents did students work with?
Then it was time to get down to work.  Students worked hard in class analyzing great sources like: 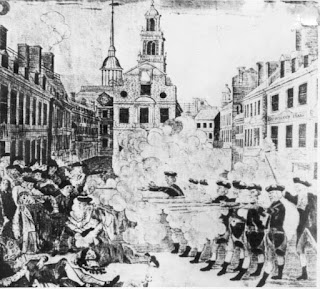 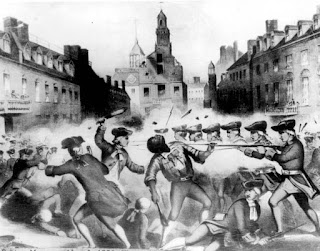 ﻿So, how did the students do?
Well, when it came to the question over whether justice was served in the trial that followed the Boston Massacre, one student contended:

In Document D, created by John Bufford, it shows colonists are attacking, while others are getting slaughtered by the soldiers' guns.  In Document E by Alonzo Chapel, it shows colonists holding weapons attacking the soldiers.  In Paul Revere's depiction, it shows innocent colonists being brutally killed.  I believe that the colonists were not innocent.  They did somewhat attack the soldiers.  But shooting the colonists was not justified.  I believe that justice was not served.  How can branding someone's thumb be a justified exchange for someone's life?  All of the soldiers should have been put in jail and branded because they killed a group of people over a small conflict that could have been solved a different way.

In the case of Lexington and Concord, one student argued that the American rebels must have fired the first shot because:

The British had well disciplined soldiers who would not fire without an order.  This is clear as one British soldier commented on their intent not to fire and said, "we still continue advancing, keeping prepared against an attack though without attacking them."  This line clearly represents how the British did not want to fire on the Patriots.

It was satisfying for me, as their teacher, to read that these 14 and 15 year old students were combining their own opinions and reasoning skills with evidence from the past. Their number grade was based on a rubric I developed according to the assignment description and class standards we have developed throughout the school year.  Overall, however, I think they did pretty well, don't you?
american revolution DBQ history primary sources