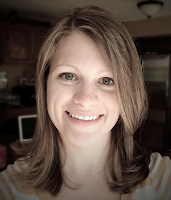 Rachel Fondell is a licensed middle school teacher who is passionate about making learning hands on and engaging for her students in English language arts and social studies. She has spent nearly six years in the classroom, working with 9-13 year olds in private schools. Currently, Rachel teaches sixth grade humanities at St. John’s Prep, an all-boys Catholic School on the North Shore of Boston. This fall, she has enjoyed the challenge of implementing a 1:1 tablet program, striving to provide students with immersive, experiential instruction. Outside the classroom, Rachel loves to paint, tackle DIY projects, and explore the great outdoors with her husband and little red duck dog. She also moderates a middle school Yearbook Club and has been working toward her Master’s degree in Middle School Education.
EdSurge games