November 06, 2012
The Electoral College: a mystery to all children and most adults.

Political pundits will start making statements like, "Obama has won Massachusetts," and, "Romney has won Texas."  What could they mean?  Don't candidates win votes from individual citizen voters?  How could they win votes from states?

To help with the explanation, we watched a Common Craft video together.


Then, I took a few questions and ensuring that students understood the formula.

We took a look at an electoral college map from ABC News that will slowly be filled in tonight as the results are reported from the states.  This helped them understand what they will see online and on TV this evening. 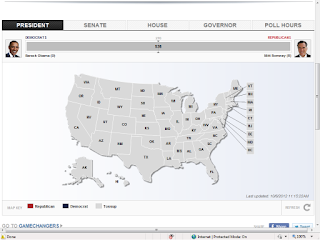 Finally, I explained the extra credit assignment for Election Night. 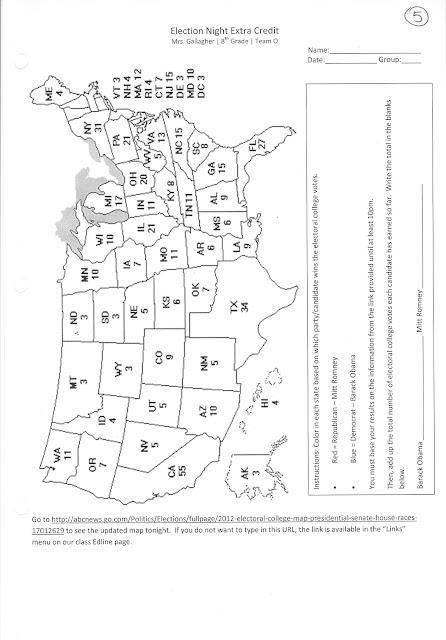 Tonight, as they watch the coverage on TV and scan around online they will have the opportunity to track the results and record them on this sheet.  Of course it is their choice since it is an extra credit assignment, but based on the level of interest during class and the number of questions I received, I'm hoping that most of them choose to participate in this way.  They can't vote, but they can learn about the process so they are ready to vote when they turn 18.﻿