January 24, 2011
There is a great beauty in life that we fail to recognize until something, some experience or some knowledge, gives us the gift of perspective.  I have personally gone through some difficult moments recently, but I was reminded of the great beauty of life last week as I got off a chairlift and buckled down my ski boots for the first run of the day at Attitash in Bartlett, New Hampshire. 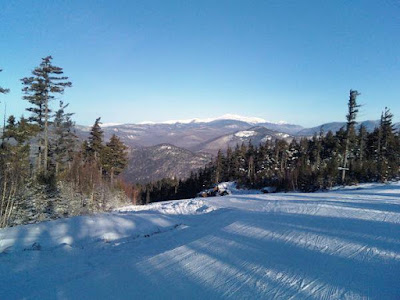 Rarely do we teachers get the opportunity to give our teenage students, who are caught up in a material and highly virtualized world, such perspective.  There are countless passages and examples of the lives and deaths of ordinary soldiers throughout Drew Gilpin Faust’s book, This Republic of Suffering: Death and the Civil War. This book just might provide us teachers with that opportunity.
Faust is able to present ample evidence to prove that the nature of death and the American understanding of what death meant changed as a result of the war. The study of these ordinary soldiers is important for our students’ learning and understanding of the intense impact of this war on American society, economics, politics, and culture.

To understand this shift I might first explain what ars moriendi is. Students need to understand that a proper death at the time was at home, surrounded by loved ones, prayerful, and followed an honest profession of sins in a Christian mindset that allowed for both the dying and the living to be secure in the fate of the soul of the moribund.

Next, the passages I might use with students would include the stories of soldiers who struggled with the fact that they did not know when they would die and were therefore denied ars moriendi.

“Sure knowledge – even of death – seemed preferable to persisting uncertainty, for it restored both a sense of control and the possibility for the readiness to central to the ars moriendi. …Early in the war W.D. Rutherford of South Carolina remarked to his fiancée upon ‘how we find ourselves involuntarily longing for the worst.,’ so as simply not to be caught unaware. Rutherford confronted three more years of such uncertainly and ‘longing’ before he was killed in Virginia in October 1864.” (p. 19-20)

I might also use a passage to illustrate the point that this uncertainty affected the loved ones of the soldiers at home as well, especially when they couldn’t bury their husbands or sons ‘properly.’

“Redemption and resurrection of the body were understood as physical, not just metaphysical, realities, and therefore the body, even in death and dissolusion, preserved ‘a surviving indentity.’ …Jeremiah Gage of the 11th Mississippi… As he lay dying at Gettysburg, he wrote to urge his mother not to regret that she would be unable to retrieve his body. With his last words, he asked ‘to be buried like my comrades. But deep, boys deep, so the beasts won’t get me.” (p. 62-63)

The burial ceremonies and huge numbers of citizens in attendance for the burials of Thomas “Stonewall” Jackson and Abraham Lincoln demonstrated the overwhelming desire of the public to compensate for the time they lost when denied ars moriendi. The compositions of Walt Whitman about Lincoln are especially expressive of this mourning that the whole nation shared. While the lines are outwardly about Lincoln, they seem to hint at the hopes and dreams of all soldiers who fell before him.

“Sing of the love we bore him-because you, dwellers in
camps, know it truly.

The entire book is difficult emotional reading.  Probably too much for the average teenager to handle.  But a few carefully selected excerpts put in the right context could help our students gain some much-needed perspective on the value of life and the great suffering others have endured so that we have the opportunity to live.