October 05, 2015
I'm thrilled to share that, as of October 1, 2015 I have officially joined the ConnectSafely team, led by  CEO Larry Magid, as Director of K-12 Education. After working closely with Larry and his team to write, edit, and publish The Educator's Guide to Social Media this summer, I continue to be impressed with how current ConnectSafely stays when it comes to the latest developments in technology, policy, and social media in order to keep parents and communities informed. I hope to help the team grow in the K-12 space and am looking forward to being a part of Safer Internet Day in February 2016 in Los Angeles. The official announcement was made on the ConnectSafely website and the press release follows.

Palo Alto, CA, (October 1, 2015) – ConnectSafely is pleased to announce the appointment of Kerry Gallagher as Director of K-12 Education. This is a part-time position for Kerry, who continues to serve as Technology Integration Specialist at St. John’s Prep in Danvers, Mass., a 1:1 iPad school serving 1500 students grades 6-12.


Kerry taught middle and high school history in public schools for 13 years. During that time, Kerry was best known for her paperless collaborative classroom model which thrived on project-based learning. She also helped her students create a far-reaching student-driven technology integration program in her previous school district. Kerry is the 2014 recipient of the Yale-Lynn Hall Teacher Action Research Prize for her submission “Mobile Devices and Student Innovators: BYOD and the Paperless Classroom Model.” She is also a 2015 PBS LearningMedia Digital Innovator. Kerry earned her B.A. in politics from Saint Anselm College and her J.D. from Massachusetts School of Law. Kerry is co-author of ConnectSafely’s latest booklet, The Educator’s Guide to Social Media.


“We are very excited to have Kerry on our team,” said ConnectSafely CEO Larry Magid. “In her work as an educator, she has not only been innovative, but has shown enormous respect for her students. She is a role model for 21st century education.”


“After working with Larry and the ConnectSafely team on The Educator’s Guide to Social Media, I continue to be impressed by the message of balancing safety and privacy with innovation and creativity,” said Kerry. “I’m honored and excited to officially be a part of this mission.”


Kerry will assist ConnectSafely in its outreach to K-12 schools for Safer Internet Day and other ConnectSafely projects. She will also blog for ConnectSafely.org and assist with education-related guides and tipsheets. An important part of her work will be to help bridge the gap between educational technology companies and schools and help ConnectSafely in its advocacy for rational and pro-student empowerment policies around student data privacy, bullying prevention and other issues related to technology and education. Click here for Kerry’s bio.

ConnectSafely.org is a Silicon Valley, Calif.-based nonprofit organization dedicated to educating users of connected technology about safety, privacy and security with research-based safety tips, parents’ guidebooks, advice, news and commentary on all aspects of tech use and policy. 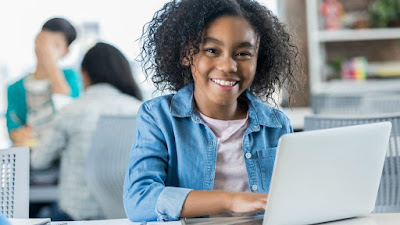