Showing posts from January, 2016
Show all

Teaching the Risks, Rewards, and Realities of Social Media

Communication via social media may be new, but it is not a passing fad. While it is crucial for our children to learn formal language used for business, they must also learn how to communicate using expanding digital platforms. Need proof that it isn't a fad? Look at Pew's results tracking teen social media use from 2006 to 2012: Source: Pew Research Center Concern #1: Privacy Our children need to learn how to protect their geolocation and contact information. Once that information is available, any savvy tech user can find out a great deal about their lives. It takes only some sly text messages, voicemails, and emails to gather the information needed to steal an identity. A more talented hacker can take only name, address and a few other bits and get everything they need. Concern #2: Photos These go along with privacy, but we also need to dig deeper. What are the photos teens are posting? Are they all positive? Are some potentially embarrassing? What about the phot
Post a Comment
Read more

By Ross Cooper According to EdTechTeacher , “ App Smashing is the process of using multiple apps to create projects or complete tasks.” According to Wikipedia , inquiry-based learning “starts by posing questions, problems or scenarios – rather than simply presenting established facts or portraying a smooth path to knowledge.” The Problem On many occasions, I have seen/read about App Smashing being leveraged in a way that is entirely anti-inquiry. In instances such as these, an overly contrived and smooth, risk free process is followed, all for the sake of a “cool” product. Here are directions I pulled from a real project: Using iMovie , shoot a scene of two actors portraying characters from a novel. Use the speed editor in iMovie to speed the video up slightly. Save the video to your Camera Roll. Open 8mm , pull the previous video from the Camera Roll, and use the “1920s filter” on the video and resave to the Camera Roll. Open Tellagami and use a
Post a Comment
Read more

Can we reconcile the paperless classroom with the screen addiction? 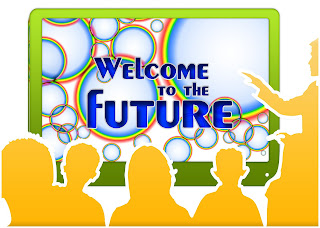 I believe in two, seemingly opposite, basic concepts when it comes to technology use: Technology has transformed how we learn and communicate for the better. Technology is used as an escape that pulls people away from building strong in person social skills. From a personal perspective, I believe in the first point because social media has allowed me to stay connected to family and friends who no longer live near me. We watch one another's children grow and keep up using a mix of public posts and private messaging. When we are finally able meet up in person, it feels as if we were never apart. From a professional standpoint, I believe in the first point because once my students and I decided to go truly paperless, we experienced a shift in how much we learned and how we shared that learning with one another and with those outside our classroom. Students now have easier access to better and more varied resources. They are able to collaborate in person, from home, or even a
Post a Comment
Read more
More posts