June 10, 2013
The Maya were an impressive people.
But which achievement is the most remarkable? 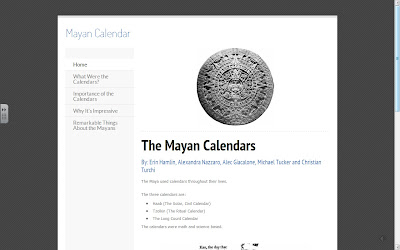 
The combination of a year's worth of reading, writing, and technology skills worked out pretty well.  They helped each other figure out the web 2.0 tools, they worked through the documents, they went online and did additional research to fill the holes they found, and they presented in an organized professional manner.  Not bad for June, a time of notorious apathy.
common core DBQ history Maya prezi web 2.0 weebly