June 05, 2010
Tech Ed is a big part of many successful and inspirational teachers' classrooms. But who in American history was more successful and inspirational than George Washington? While he was not necessarily knowledgable in the technology of war, he knew how to find the diverse groups of experts he needed to educate his men. This post is about two of those Revolutionary technology expert educators. 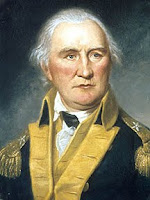 Morgan knew how to party, but he also knew how to handle a new kind of weapon in a new style of warfare. At General Washington's request, Morgan commanded a unit of 500 elite sharpshooters. Their weapon was a long-barrelled hunting-style rifle. The innovation in the design were grooves inside the barrel that spun the shot as it exited. This American technology made Morgan's marksmen accurate at distances that doubles to range of the British musket. He took already talented frontier hunters, and made them into lethal sharpshooters that the seemingly unbeatable British Army could not find, nevermind fight.

In addition to the technology Morgan's men held in their hands, they had tactics that the British had never seen. They hid in forest brush, climbed trees, and picked off British officers and soldiers as they attemped to march through western New England and New York. His best shot, an Irishman, kiled a key British officer while seated in a tree 200 yards away. This type of warfare, hidden rather than on open fields, was considered cowardly by the British... but it was innovative and lethal: part of the reason a rag-tag wannabe nation had the opportunity to become a proud strong world-power. Morgan was an expert in the tools and the tactics, the technology of the 18th Century, and he educated his men to victory. 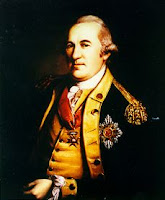 After a crushing defeat in New York that left the powerful British Navy and Army to burn and occupy America's center of commerce, Washington's inexperienced undersupplied Continental Army felt hopeless. In early 1778 they wintered at Valley Forge in Pennsylvania while the British Army enjoyed the luxury of the city. Plagued with an overabundance of disease and a severe shortage of food and shoes, they needed a new plan. At General Washington's request, Baron von Steuben arrived from Prussia with that plan and the technology that came with it.

Von Steuben understood that sleeping quarters, latrines, and kitchens must be separated from one another to prevent the spread of diseases like dysentery. Technical knowledge that the Americans needed to keep their numbers strong. They grew healthier and Von Steuben prepared to educate them with more essentials.

Next Von Steuben trained a model company of 100 men. They learned a new faster way to reload their muskets during battle. He utilized 8 counts and 15 motions, a much faster process than the British. He also taught them to make and use bayonets in hand to hand combat. This new piece of technology and the ability to use it would help Americans successfully carry out the siege of Yorktown, Virginia: final and deciding battle of the war. Von Steuben then challenged his model company to each train 100 more men. In today's terms, his lessons in technology went viral!


The Legacy of Technology in America
We have a diverse groups of technology experts and educators to thank for the foundation of American innovation. We cannot forget that we must draw knowledge from all people, just as Morgan relied on an Irishman and Washington relied on a Prussian. While we might consider our society on the edge of a great turning point in technology, I think the real turning point occured hundreds of years ago in the trees of western New England and the mud of Valley Forge.