Some concepts are just hard.  They're hard to teach and hard to learn.  Every year that I've taught the History 10 curriculum to sophomores, one of those concepts has been 19th century European political ideologies.  Conservatism, liberalism, and nationalism have never really been pulled together into a lesson that excited me or my students.  We would work through it and we'd both be OK, but never enthralled.  This year I wanted to change that. 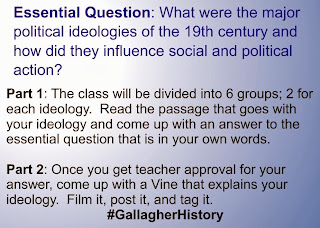 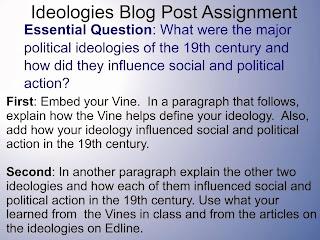 Best Practices for This Lesson
Posted by Kerry Gallagher at 12:16:00 PM